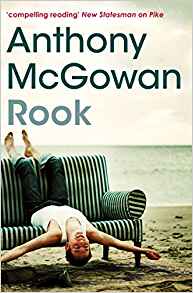 This is the second in a series of three books about a teenage boy and the problems he faces. In each case the story is softened by protagonist's Nicky's involvement with an animal.

It is published by Barrington Stoke, who specialize in producing texts for reluctant readers.  This may be described as a "high-low" or "hi-lo" – high concept, low reading age. This particular one is aimed at the young adult.

Several concessions are made to the reader. The text is formatted ragged right. This helps the less confident reader to keep their place. It is just 123 pages long and the chapters are quite short. It uses a simple font with an easy to read a and g.

We meet the emotional closeness so often found in teen literature. The first person narrative enforces this.  We feel as if Nicky is our best mate and he is confiding in us. We also read of his close relationship to his dad, his brother Kenny who has learning difficulties and his dad's girlfriend, Jenny.

Throughout, Nicky behaves like an adolescent. He takes risks, travelling by bus without a ticket and facing up to bully Stanno.  He blushes easily.  He thinks one thing and says another.

Maybe this is why the text was short-listed for the 2018 Carnegie medal.

That Time I Got Kidnapped by Tom Mitchell

Fourteen year old Jacob wins a competition to feature in a super-hero movie.  “Don’t miss your connection,” warns his father as he sets off towards snow-bound Chicago where he has to change on to a plane to Los Angeles. He misses his connection - and gets kidnapped by Jennifer and her mysterious package.
There is no romance or sex but there is affection, eventually, and a growing relationship. Jacob and Jennifer are pitted again the grown-ups. This probably makes the text suitable for younger teens. Mature fluent readers could also digest this book.
Jacob is naive.  Jennifer is badass. Both characters mellow and grow as the story is told.
Tom Mitchell keeps us on the edge of our seats as calamity follows calamity for Jacob. Will he get to the studio in time? What will happen when he gets there?  Perhaps importantly what will happen next? Mitchell not only gives us a satisfying ending but leaves it opens for a whole new story.  We hope he will write it.
This is an easy book to read.  It is short.  Its twists and turns provide tension. The chapters are short and almost all end on a cliff-hanger and thus pace is maintained. There is much humour. Jacob’s convincing voice keeps us engaged throughout.
- May 20, 2020 No comments:

How to Make Friends with the Dark by Kathleen Glasgow

2019
Tiger has lived with just her mother all of her life. She has never met her father. Her mother’s attention becomes stifling. They row about Tiger going to the prom but then her mother suddenly dies before they can make up. The dress that her mother had bought for her for the prom is hideous but Tiger keeps on wearing it after her mother’s death.
There are now quite a few novels that deal with grief in young adults but perhaps none that bring us quite as close to the protagonist as this one does. Tiger has a variety of concerned adults looking after her: Karen, her social worker, a one-night stand foster parent, a couple of more effective foster parents, her best friend’s mum and dad and finally the half-sister she had not heard of before.
She is shown much sympathy but few can offer empathy. However, Kathleen Glasgow enables the reader to feel Tiger’s pain.
Tiger eventually finds others who are suffering as she is and understand her sorrow.  Glasgow has the courtesy not to magic the hurt away and though the novel ends on an optimistic note we know that Tiger will continue to suffer.
This is not a comfortable read but it is an important one.
- May 17, 2020 No comments:

This was written some time after World War II although the story is set at that time and centres on Carrie and her younger brother Nick who are evacuated to a small mining town in Wales.  There are some themes to do with evacuation: the feeling of discomfort the children have at first in their new home, to a large extent not without cause, and the awkwardness they feel when their mother comes to visit.

However, the story goes much deeper than this. Mr Evans the grocer is strict with them and his sister, the much kinder and softer Auntie Lou. The children are not allowed on the stair carpet and must use the outside earth closet during the day. Mr Evans threatens to thrash Nick because he steals biscuits from the shop.  Mr Evans is estranged from his other sister Dilys who married a Gotobed, the owner of the pit where their father was killed. He is furious when he finds out that Dilys has left the house to him but insists that house-keeper Hepzibah and a Gotobed relation, Mr Johnny, who is disabled, should be allowed to stay there.

Carrie is riddled with guilt because she thinks she has released a curse on Druid’s Bottom, where Mr Johnny and Hepzibah live.  As they leave the village they see the house on fire. Only as an adult does she find out that the fire was caused by Mr Johnny playing with matches.


Jiddy Vardy is an extraordinary young woman, living in a world that is dangerous and exciting. She is later introduced to another world, a world that is her birth right, and she finds herself conflicted.
Is it a young adult book or one written for adults? Certainly Jiddy is a young person who encounters many of the dilemmas facing young people even today. She experiences her first kiss. She is kissed by another man but this second lover doesn’t come up to expectations. The ending is upbeat but open, so typical of a young adult text. Yet the novel would also be very appealing to adults.

This is arguably also an historical novel. Estevez creates a convincing setting and makes good use of the senses to pull us right into the story.

Estevez’s prose style is very evocative, making the novel an excellent read.  It may be a little rich for some young adults but certainly very readable by many of them.
- May 10, 2020 No comments:

This is another of those books that are difficult to place exactly. It is a fairy story and contains some tropes with which even the youngest reader is familiar: the prince trapped in an animal’s body, an icy queen enchanting a weakened male, the young maiden – who happens here to be called Rose, so could remind us of Rose Red or Briar Rose,  – choosing to go back to the home of the beast. Yet love is explored in great detail so it may suit the more emotionally mature reader.  There is no sex but Rose does share a bed with an at the time unknown male. Might it yet appeal to young adults?

In traditional fairy stories, characters are rarely named.  We do discover The Troll Queen’s name towards the end of the story but throughout the book she is mainly known as the Troll Queen. The prince himself has lost his name and only marries Rose when he finds it again. However, Rose and her siblings and parents are named and so are some of the other trolls.

We are close to several of the characters as Edith Patoou gives them strong voices.  Chapters are recited variously by Rose, her father, her brother Neddy, the White Bear (Charles) and the Troll Queen. Thus she creates believable and rounded characters with whom we can empathise.  Yes, even the Troll Queen has some of our sympathy because she is just a woman in love.

There is quite a feminist theme here. Rose is the strong character and goes on her adventure.  Neddy is a warm person  but is only able to help a little.  The White Bear is drugged and succumbs to the charms of the Troll Queen. On her journey Rose is helped more by three women than by any of the men who try to help.  Father, a talented map-maker, is somewhat under the thumb of his superstitious wife Eugenia.

An extremely mature primary school reader could cope with this text.  It is over 400 pages long but the chapters are very short and although the texts is blocked and uses an adult font, it is double-spaced.  The first person narrative may be a little uncomfortable for the primary school reader, however.  There are a few decorative images here and there.  There is enough complexity to satisfy the older reader, including adults
- May 10, 2020 No comments:

The Tractor Factor by Amanda Brandon and Maarten Lenoir